05 Thu, 2020
The first batches of lychees were shipped from the northern province of Hai Duong, the country’s leading lychee grower, on May 25 to Singapore, the United States and Australia.
Consumers in Singapore, the United States and Australia have the chance to taste Vietnamese lychees
According to VOV, the Ameii Vietnam Joint Stock Company exported the first lychee containers to Singapore, while the Red Dragon Manufacturing, Trading and Service Co., Ltd. shipped its first lychee containers to the Australian and US markets.
Director of the Ministry of Agriculture and Rural Development’s Plant Protection Department Hoang Trung said, Vietnam has almost encountered no difficulty in exporting lychees to such markets as China, Australia and the US thanks to thorough preparations and continued marketing approaches for years.
An advantage in exporting lychees this year, according to Trung, is that Australia has recently approved irradiation to be carried out in Hanoi. In addition, the application of technological advances can help preserve fresh lychees up to 35 days, making it convenient for transportation by sea to other countries.
Trung also revealed that lychee growing localities have satisfied Japan’s demanding requirements and they stand ready to export the products to this market. However, he said Vietnam will continue to hold negotiations on specific conditions with Japan so that the first containers will be shipped very soon.
In early May, Japan’s Ministry of Agriculture, Forestry and Fisheries (MAFF) announced that it was impossible to send experts to Vietnam to inspect and recognise the disinfection treatment system of fresh lychee exported from Vietnam due to the impact of the COVID-19 pandemic, therefore, the export of Vietnam’s fresh lychee to the Japanese market for the first time would not be implemented in the 2020 lychee harvest.
Lychee is the fourth fresh fruit of Vietnam, after dragon fruit, mango and banana, allowed to be imported into the Japanese market.
Currently, Hai Duong province has 9,700 hectares of lychee mostly in Thanh Ha district with about 3,600ha and Chi Linh city with 3,900ha.
Hai Duong is projected to export about 1,500 tonnes of high-quality lychees to Europe, the US, Australia, Japan and several other high-end markets.
Lychees are small rounded fruit with white translucent flesh, pleasant smell and rough thin skin. Lychees are believed to be packed with nutrients from vitamin C, B to coppers, niacin, etc. which contribute to boost the immune system, lower cholesterol, improve digestion and so on.
In 2018, the fruit was certified by the Southeast Asian Records Organisation as one of the Top 10 specialities of Southeast Asia.
Source: https://vietnamtimes.org.vn/
Publication date: May 26,2020 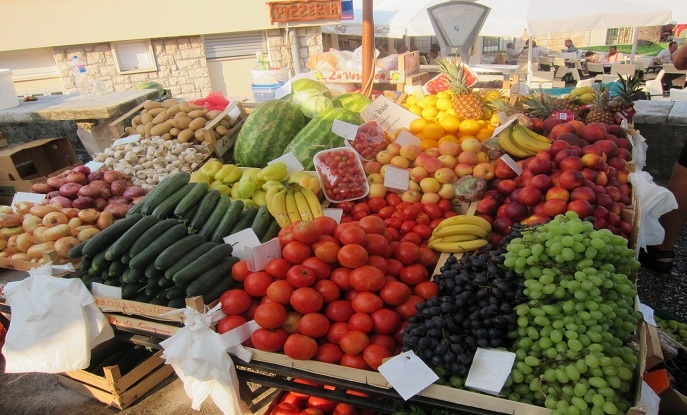 The Dong Thap Province's Department of Agriculture and Rural Development has granted a production unit code for 133 fruit-growing areas that qualify to produce fruit for export. Most of the code-granted areas, which cover 7,000ha, grow mango, longan, dragon fruit, jackfruit and rambutan.
View more

According to Vasep, the time of the brackish shrimp crop in 2020 is still long, the favorable signs are also starting to appear more and more clear as the demand for shrimp in the world still exists because shrimp is an essential food. The control of the Covid epidemic in China and South Korea is getting better and there will be more hope for farmers and processing plants when the output is somewhat removed.
View more

12 Sun, 2018
PRODUCING IQF MANGO IS HOW PROCESSORS CAN REDUCE LOSSES AND MAXIMIZE THEIR OFFERING